CO2 emissions have already resulted in significant climate change and some countries are at risk of temperature-related disasters.

Global warming is real
According to a scientific assessment released by the World Bank, the earth's atmosphere is already experiencing the effects of global warming. The World Bank warned that if a new climate agreement is not agreed upon in 2015, the countries that are most susceptible to climate dangers will experience harm.

The assessment found that global warming is currently at 0.8 degrees Celsius above preindustrial times and that greenhouse gas emissions are growing by approximately 2.5 percent per year. It is widely believed that a climate change of more than 2 degrees will result in significant environmental disasters around the world. President of the World Bank, Jim Yong Kim indicated that even a climate change of 1.5 degrees will have noticeable effects. A rise of 2 degrees however, would be devastating, he added.

"Warming close to 1.5 degrees Celsius above preindustrial levels is locked in. And that means climate change impacts such as extreme heat events may now be simply unavoidable," said Kim. "[A change of 2 degrees would result in] heat waves and other weather extremes we call once-in-a-century events … A frightening world of increased instability."

E&E Publishing mentioned that a recent United Nations study indicated the world will emit between 14 billion and 17 billion metric tons more CO2 than allowed if trying to avoid the 2 degree rise in global temperature – which is disheartening news.

The noticeable effects of climate change
The report by the World Bank focused on the impacts climate change is already having on the world, and mentioned three regions – Central Asia, the Middle East and Latin America – as being particularly at risk for record-breaking heat extremes and reduction in crop yields. The report revealed that a rise above 1.5 C would lead to 3.6 million people affected by coastal flooding in Egypt, maize yields declining by up to 70 percent in Brazil, and Caribbean islands being submerged due to rising sea levels.

Kim urged nations to heed the warnings of the World Bank, take advice and make the necessary investments. He described the world as already being condemned to the effects of global warming. Critics who oppose environmental initiatives should realize that climate change is longer theoretical, and that the cause of it is most certainly the burning of fossil fuels.

Buildings are partly to blame
According to the U.S. Environmental Protection Agency, residential and commercial buildings were responsible for 38.9 percent of total energy consumption. Additionally, buildings in the U.S. contributed 38.9 percent of the nation's total CO2 emissions. This information indicates that the effort to lower CO2 emissions does not have to take place just in the industrial sector. Government agencies and state-sponsored power plants are not solely responsible for lowering emissions.

In the U.S. there are approximately 223,114 businesses operating in the building industry, according to the EPA. Also, between 2005 and 2009, approximately 7.2 million new housing units were built and approximately 7.2 commercial buildings are constructed every year. Buildings are a major part of everyday life and people spend a significant portion of their days either working in offices or inside their homes. The EPA mentioned that the annual mean air temperature of a city with one million inhabitants can be 1-3 degrees Celsius warmer than surrounding areas. Cities create heat islands that require more energy – for cooling and other needs – and emit high amounts of greenhouse gas. Addressing climate change by incorporating sustainable practices in buildings within cityscapes is one way to lower CO2 emissions and protect the environment.

Investing in green buildings
According to the International Finance Corporation, green buildings offer businesses economic benefits in addition to helping reduce climate change. Since over a third of energy expenditure and CO2 emissions is attributed to buildings, sustainable practices must be incorporated into construction plans and property management.

The IFC mentioned that by 2030, greenhouse gas emissions related to buildings are expected to double. Emerging markets are noted as being largely responsible for the increase. It is thus fortunate that any investment in sustainable buildings is be offset by savings resulting from fewer energy demands. In other words, going green saves money in the long term.

According to the IFC, sustainable buildings rely less on fossil fuels and have lower infrastructure investment costs. Additionally, the use of innovative and renewable products can stimulate job growth – such as with recycling plants and clean energy generation.

The IFC promotes the use of green buildings through investment and advisory support and also helps buildings attain certifications that guarantee cost-saving benefits. The threat of global warming is real, but there are ways to stop it and commit to environmental protection. 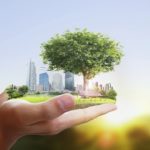 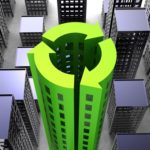 Net-zero energy buildings are on the rise