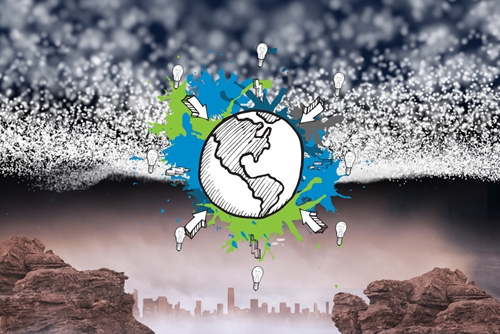 For years, Leadership in Energy and Environmental Design certifications have been a growing focus throughout much of the green building world. Achieving such a certification is a badge of honor, allowing the builders and residents to know their efforts will have tangible effects. A recent government study has confirmed the many benefits of this practice, showing it has a number of improvements not seen elsewhere.

The study from the General Services Administration looked into the latest rating system used by LEED building certifications and the U.S. Green Building Council, The Hill reported. It was found that the system works with both federal sustainability and green building requirements. While there are still steps being taken to ensure the effectiveness of these practices before the government recommends utilizing its advantages in the future, these buildings are already known to have plenty of advantages.

The Leadership in Energy and Environmental Design is widely considered the primary standard in the business world for energy-efficient, eco-friendly and non-toxic building design, the news source noted, and succeeds on more merits than just its initial developments. LEED certification is widely based on a voluntary third-party rating system, said to create buildings both greener and healthier for the general population.

Experts widely laud improvements
The Hill found that many government agencies have already adopted LEED standards, whether they look to save money or extend the life of aging property that might otherwise suffer from inefficiency. One key building undergoing the process is the U.S. Treasury Building in Washington D.C., some parts of which are known to date back to the 1800s. Despite its age, it remains LEED-certified due to improvements continually added to its design.

Specifically, its consumption of resources has been confirmed to save taxpayers more than $1 million annually. With that being the average savings from a single building, it's clear the advantages that LEED adoption can provide on a wider scale. The Department of Defense has also adopted LEED certification, which will likely save additional millions of taxpayer dollars.

Notably, the Department of Defense was seen to have an especially effective LEED certification. A panel from the National Research Council at the National Academy of Sciences recommended that the Pentagon further utilize them for future projects and buildings based on the improvements seen at the single location.

"The preponderance of available evidence indicates that green building certification systems and their referenced building standards offer frameworks for reducing energy and water use in buildings, compared to design approaches and practices used for conventional buildings," the NRC said, according to The Hill.

Improvements viable, though difficult to attain
Many benefits of LEED certification have long been seen throughout the business world, but that doesn't mean it's still not actively difficult to achieve the results such a certification expects, DC Velocity found. Reaching LEED standards involves drafting up a detailed floor plan of every aspect of either new developments or an entirely new building, then sending those plans for consideration. Attaining certification is based on a performance credit methodology, which is designed to determine credibility based on the different aspects of building production. This, in other words, requires attaining enough checks from a checklist. Aspects like the right use of eco-friendly materials, better development of water conservation plans and reducing overall use of energy all play major roles in doing so. This will lead the location to qualify for various certification levels, ranging from silver to platinum.

The levels of quality assured by LEED recognition are difficult to come by, however. Business operators told DC Velocity that while they strove to achieve levels of qualification, the process costs up to $100,000 extra per facility in the building development process. While most deemed it worthwhile for both the investment and environmental standpoints, they added that it's a difficult prospect to fully achieve.

Detailed work required
A wide variety of elements are necessary to go into LEED-certified locations, DC Velocity added. These include site selection and facility construction, in that a site should be chosen that doesn't require extensive alteration to prepare the area and that local building materials should be chosen whenever possible. Landscaping should be designed to require as little human watering as possible – natural grasses have been noted to require much less maintenance than traditional lawns.

Air quality and water conservation were additional methods that can improve the viability of a site. This entails installing nontoxic paints, floor coverings and other products whenever possible, as well as bathroom materials that waste as little water as possible. Energy management was also recommended, for insulation and automation whenever possible to make heating or cooling less necessary.

Even if LEED certification can't be achieved, these steps can help businesses ensure they remain more active and able to work toward environmental sustainability. 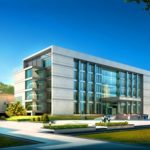 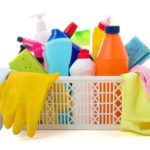