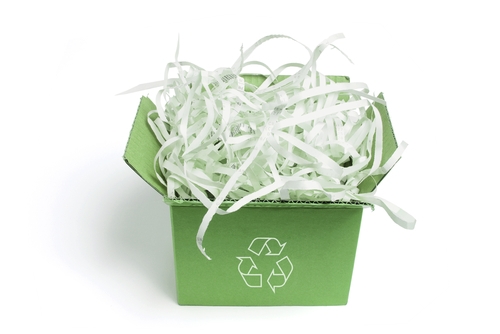 Perhaps the most common form recycling for businesses, paper accounts for 27 percent of municipal solid waste, according the the U.S. Environmental Protection Agency. This more than any other material disposed of by Americans. Only about 65 percent of paper used in the U.S. in 2012 has been recycled in an effort to reduce greenhouse gas emissions, conserve natural resources and decrease the amount of landfills as well as their capacity taken up by paper.

Time Warner Cable News reported that the practice of recycling paper has been mandatory for citizens of New York City since 1989. However, only 15 percent of residents recycle their paper. Regardless, every day, more than 50 tracks bring 10 tons of compressed paper each to barges that bring it to private recycling facilities.

The recycling process takes 60 percent less energy, 80 percent less water and 95 percent less air pollution than making paper from trees, according to the EPA. There still are issues with the process. For instance, paper fiber can only be reused between about three to seven times before the fibers become too short and weak. Traditionally, recycling plants add wood fibers and other enzymes to the paper pulp in order to make the material stronger and useable. New methods of reusing this material need to be developed to sustain paper use, but also new processes of recycling paper are being explored.

Using the excess paper pulp
A recent study conducted by researchers at the University of York in the U.K. and published in Green Chemistry discovered a new lignocellulosic process for creating aluminum to aluminum bonding adhesives from this excess, unusable paper pulp. Similar metal adhesives are commonly used in the automotive industry in order to keep joints flexible and free from stress and strain, reported Chemistry World. However, lignocellulosic materials are made from the waste of plant matter, making them sustainable.

"We look at the where there's large volumes of under or poorly used resource and then apply innovative chemical technologies to elicit functional molecules, which can then be turned into products and applications," Avtar Matharu, lead author of the study, explained to Chemistry World.

Researchers used low temperatures – below 200 degrees Celsius – and microwaves to conducted pyrolysis, a process that decomposes biomasses with heat and without oxygen. This converted recycled paper into a bio-oil. The result was tested as a bonding adhesive between two aluminum plates and found to perform the task with enough strength.

Then, the researchers performed the pyrolysis process at varying temperatures and times to increase the bonding strength even further. They found the ideal curing time to be 8 hours and the temperature to be 160 degrees Celsius in order to produce a tensile strength of 2,300 Newtons.

"The mechanism for bonding is intriguing as it involves subtle interplay between acidic- and aldehydic-components with sugars all of which emanate from low-temperature microwave pyrolysis of waste paper," Matharu told Chemistry World.

New method of recycling
Chemistry World reported that another researcher, Alistair King of the University of Helsinki in Finland, was working on another lignocellulosic process. Using methods similar to paper recycling, King used ionic liquids to homogenize wood, cellulose, hemicellulose and lignin, which is considered to be the bonding material that holds paper pulp together, according to the Finnish Bioeconomy Cluster. He believes that lignin can be used in fractionation, chemical augmentation and catalysis with intent to keep paper pulp useful after it is recycled too many times. 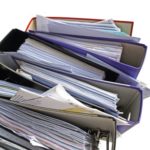 Schools can reduce paper waste for economic and academic gains 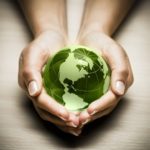 How a small business can work on sustainability