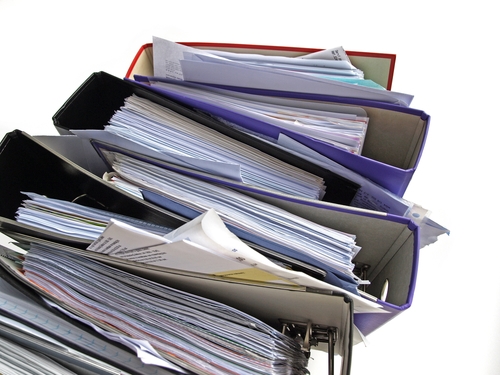 Schools can reduce paper waste for economic and academic gains

Advances in classroom technology and innovative learning methods are connecting teachers and students through screens and digital tools, rather than wasting paper.

Paper waste is bigger than you think
The long-term effects and educational outcomes of this increasing reliance on technology are still being weighed, but leaning less on paper has the definite benefit of slowing environmental damage. According to the environmental organization Forest Ethics, 40 percent of the world's industrial logging activity goes toward making paper, and that total is expected to climb to 50 percent before long, as much of the world accelerates its paper consumption. North America is actually reducing its use of paper, but still leads the world with an average of 500 pounds used per person per year.

Paper recycling rates have also increased in the U.S. but not nearly enough to offset the amount that still ends up in landfills. Around 16 percent of solid waste in landfills, accounting for 26 million tons of garbage, was made up of paper in 2009, the Environmental Paper Network reported. That waste paper is a major source of greenhouse gas emissions in the form of methane. In an earlier study, the organization found that paper production takes up 12 percent of the total energy used in the manufacturing sector, the third-largest share of any form of manufacturing. As a whole, the paper and pulp industry is fourth-largest greenhouse gas producer in manufacturing.

Small steps have big results
One of the easiest ways for schools to help reduce their share of this environmental burden is to switch to recycled paper. The Green Schools Initiative reported that each ton of paper made from recycled sources as opposed to made new will save 2,400 pounds of wood and prevent 734 pounds of greenhouse gas emissions from entering the air. According to the organization, schools in Los Angeles alone use more than 75,000 tons of paper each year. Though Los Angeles is home to a higher number of students than most districts, it does demonstrate how much of an impact a single resource in one city can have on the global scale. Simply by purchasing recycled paper, Los Angeles schools could keep thousands of tons of greenhouse gases out of the atmosphere each year.

In addition to the massive environmental benefits, schools could see economic savings from reducing their use of paper. Scholastic reported that one district in Missouri saved about $20,000 per year by making its schools nearly paperless. By relying more heavily on computers for most assignments and instruction, the district also opened itself up to new opportunities. Administrators found that they could go beyond the reductions possible by switching assignments to digital platforms by lessening their reliance on textbooks as well. The district now uses digital textbooks from CK-12, a nonprofit organization that provides open-source books to schools. Students benefited as much as the district did, as digital delivery systems allow them to keep up with their classes when out sick and even telecommute one day per week.

Unforeseen benefits
Other districts have taken even bigger steps. After opening a completely textbook-free school, Vail School District in New Mexico created an online resource for teachers to post their own content for students and other faculty. The measure, called Beyond Textbooks, proved to be so successful, that other schools in the district started using the repository as well. It has now grown even beyond that, with other school districts in the state paying a fee to gain access to the library.

As more schools explore paperless solutions, other benefits present themselves. Time doesn't have to be wasted fixing copying machines or collecting handouts, and students can no longer blame it on the dog when they forget to do their homework. In exchange to losing a favorite excuse, students will likely be happy not to have to carry backpacks overstuffed with binders and heavy textbooks. Schools can even use recycling programs as a way to teach students about the carbon cycle and the role people play in maintaining the environment.

Going paperless may even help keep school facilities cleaner and healthier. When maintenance workers don't have to waste their time chasing stray pieces of paper down the hall, they can work on more pressing issues such as keeping school infrastructure in better order.

Doing completely without paper is a long way off, if it's even possible to achieve. But small steps toward the goal can make schools better now and benefit the entire world in the long run. 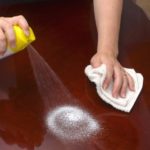 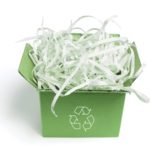